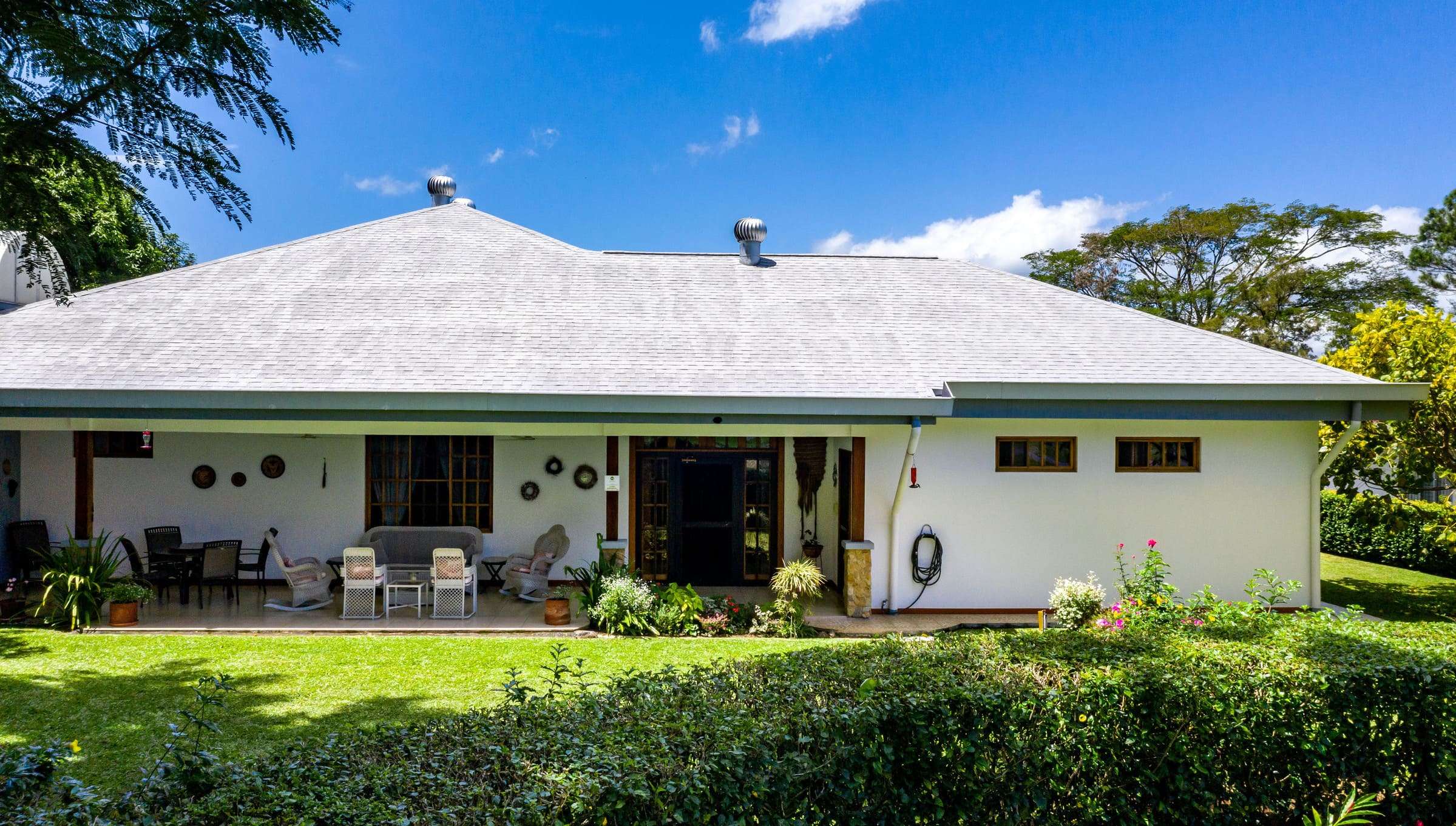 Costa Rica offers a wonderful year-round climate and a peaceful political setting. The home is fresh and cool everyday so there is no need for air conditioning. Enjoy a beautiful open design kitchen and living dinning room combo. Very large bedrooms and each with its bathroom. The second master suite bathroom was built for wheelchair use. The door to the bathroom and the shower have a very wide entrance. The front and back lawn and garden are kept in prestige conditions year-round. The home is within one hour of the beautiful Pacific beaches and 3 1/2 hrs of the crystal clear Caribbean Sea. The home is located in one of the top ten residential communities in all of Costa Rica. The neighborhood is full of features including a 9 hole golf course, clubhouse, a beautiful pool, tennis court, hiking and walking trails, and kids playgrounds.

There is an International school 100 meters from the residential. The home is next to a small (wet season) pond located in the back yard. The current owners have seen 50+ different species of birds from the patio. The neighborhood is very dog friendly for morning or afternoon walks. The home is two kilometers from a major food store which is open 7 days /wk. There is 24/7 security and multiple guards riding through the neighborhood day and night. The national health service (CAJA) has a very good clinic in La Guacima. We are within 15 minutes of Major hospitals, a large shopping mall and a host of other outlets. The Viva Center hosts international entertainment as well as a formula auto race track within 10 minutes  of La Guacima.

Alajuela is the first canton of the province of Alajuela, Costa Rica. It is located in the Central Valley of the country. It limits to the east with the cantons of Sarapiquí, Heredia, Belén and Santa Bárbara, to the south with Santa Ana and Mora, to the west with Atenas, Grecia, Poás and Sarchí, and to the north with the Río Cuarto Canton. The main axis of the canton is the city of Alajuela, the second most populous city in the country after the national capital, San José. Alajuela has the main airport in Costa Rica, the Juan Santamaría International Airport, named in the honor of the national hero born in Alajuela. The canton is a major area for the production of coffee, strawberries, mangoes, and ornamental plants. The Doka Estate lies within the canton, in Sabanilla District, and is a major coffee producing estate, supplying directly to Starbucks.